Maker’s English was originally created as “Bow Bayern” with CDC Bow barley.  This is a rich and full-bodied base malt.  Cereal gives way to lightly toasted cracker and merges with a robust malty sweetness.  Add nuttiness and sweet biscuit and a beautifully layered flavour profile emerges.  It is our take on a traditional Maris Otter. 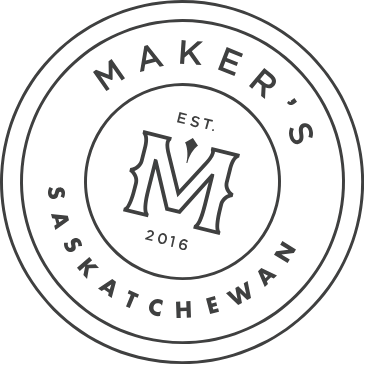 Jim Flath of Rahan farms is also a senior operator having been in a long-term partnership with Elmer.  Their unique partnership style focusing on agronomics over individual ownership has been featured in the Western Producer and been adopted by many others groups since.  Jim has been involved in 40+ harvest all of them alongside his father Bob who still helps out in a meaningful way in his mid-80’s.  Jim like the rest of the team is a University of Saskatchewan alumnus.  While being available for the busy times of seeding and harvest, he currently works off the farm for CIBC Wood Gundy as a financial advisor and brings a well-rounded skill set and market knowledge to the team.

Maker’s English is made with Bow barley when it is available.  Bow Barley was named after the river that flows out of the Rockies into the South Saskatchewawn and eventually through Manitoba.  It is a truly western Canadian barley, created at the University of Saskatchewan.  Aaron Beattie who lead the team had this to say about the breeding program: “from a quality point of view we were aiming to combine high extract, high FAN and low beta-glucan for the brewers…”.  Maker’s was excited to be the first maltster offering single-malt Bow Barley to the world!

Maker’s English is commercially available in 25 kg bags.  It is also now available in smaller 10lb and 2lb bags specifically for our homebrewers!

Maker’s English may be used in all types of beer and whiskey at a usage rate of up to 100%. Use as a robust pale malt where aromatics and golden color are desired or add to a pale malt to increase depth.  The strong enzyme package will allow for addition to unmalted and specialty grains with good conversion..

Each batch of Maker’s malt conforms with our “Single-Malt” philosophy.  It is a pure barley variety with no blending used to achieve specs.  It is traceable back to the field where it was grown and the farmer that grew it.